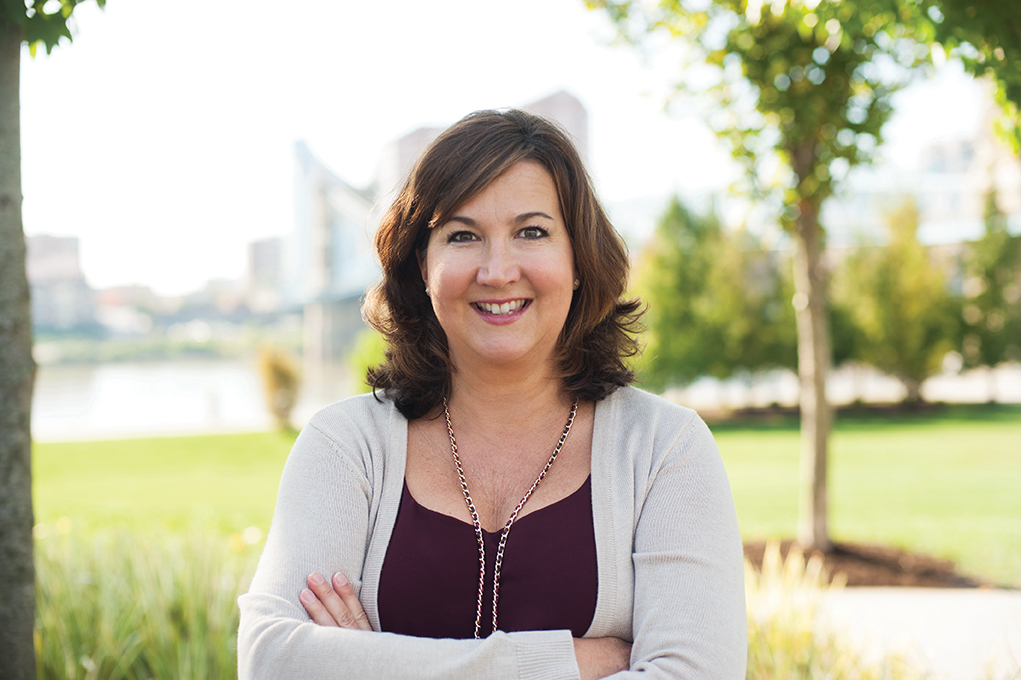 Linda Ruschau, PatientPoint chief client officer, isn’t a photographer. But she is an expert in aperture. In photography, aperture refers to the opening in the lens through which light travels. The narrower the aperture, the more focused the light rays and the sharper the specific image area.

Translate that idea to marketing, and aperture means the channel through which a brand’s message is received by an audience. Again, the more narrow the aperture, the more targeted the message and the greater the impact on a specific audience.

This is what Linda knows all about.

When Linda joined PatientPoint (then called On Target Media) in 1992, the aperture through which pharma companies communicated with audiences was wide. A broad message was just about all that was needed to build awareness and earn a profit. Soon, however, the social, demographic and economic context in which pharma companies operated changed, and mass marketing was extremely costly and not always as effective. Luckily for these brands, Linda and PatientPoint offered a solution—aperture marketing. “You know the aperture in the lens—it’s going to be open for a very brief moment to capture the perfect light. We designed programs to hit consumers at the exact time their aperture was going to be open,” says Linda.

The programs included connecting apartment movers with moving trucks and free pizza. And offering college graduates career counseling along with first-time car buying advice. In healthcare, it was developing the Fiber Education Center for Metamucil by putting both education on the need for fiber and brand samples in Gastroenterology exam rooms.

The latter was the spark that led to what PatientPoint, and point of care (POC), is today—a focused channel through which pharma companies can get the right message to the right people at the exact right time.

As PatientPoint and point of care grew, so did Linda’s role in both. She was appointed chief client officer at PatientPoint and helped found the Point of Care Communication Council (PoC3), an organization whose mission is to advocate for the effective use of the POC channel to advance health and healthcare outcomes.

Even with all of her success (under her leadership, PatientPoint has achieved a 5-to-1 average ROI for its clients), Linda has never lost focus on what matters most—helping pharma and health and wellness brands capitalize on the important interaction between a patient and physician. “It doesn’t matter if you’re reaching 100 million consumers if they’re not the right consumers who need to hear your message,” she says. “TV ads are great for generating awareness, but how many of those people are in a brand’s target audience, even more so when it comes to specialty drugs? Rather, pharma brands should embrace point of care, which puts the right patients in front of them.”

As Linda celebrates 25 years at PatientPoint, it’s natural for her reflect on where she has come and where she’s going. Once again, Linda and point of care are on the same path. She predicts POC, after experiencing rapid advancement over the past 25-plus years, will take a brief moment for reflection as well, to “really think about who is that target patient and how they want to receive information. There’s not one patient who is the same. One may want information one way, the other a different way. Let’s see what is really working. We don’t want to innovate just to innovate; rather, we want smart innovation, smart technology.”

This idea of highly customizable, highly focused, highly targeted programs harkens back to Linda’s first days at PatientPoint, when she and then CEO Mike Collette were just advancing the POC channel. Now, both are back at it, ready to evolve point of care even further.

“I’m looking for us to embrace even more personalized messaging—how do we really help that one patient,” says Linda. “If you’ve just been diagnosed with cancer, you don’t care what your doctor or the pharma companies are telling someone else. But if they’re there helping you and holding your hand throughout your entire journey, that’s life-changing. We’re trying to help people live better lives. It sounds lofty, but I think we really are.”

That, in itself, puts POC, in exactly the right focus.